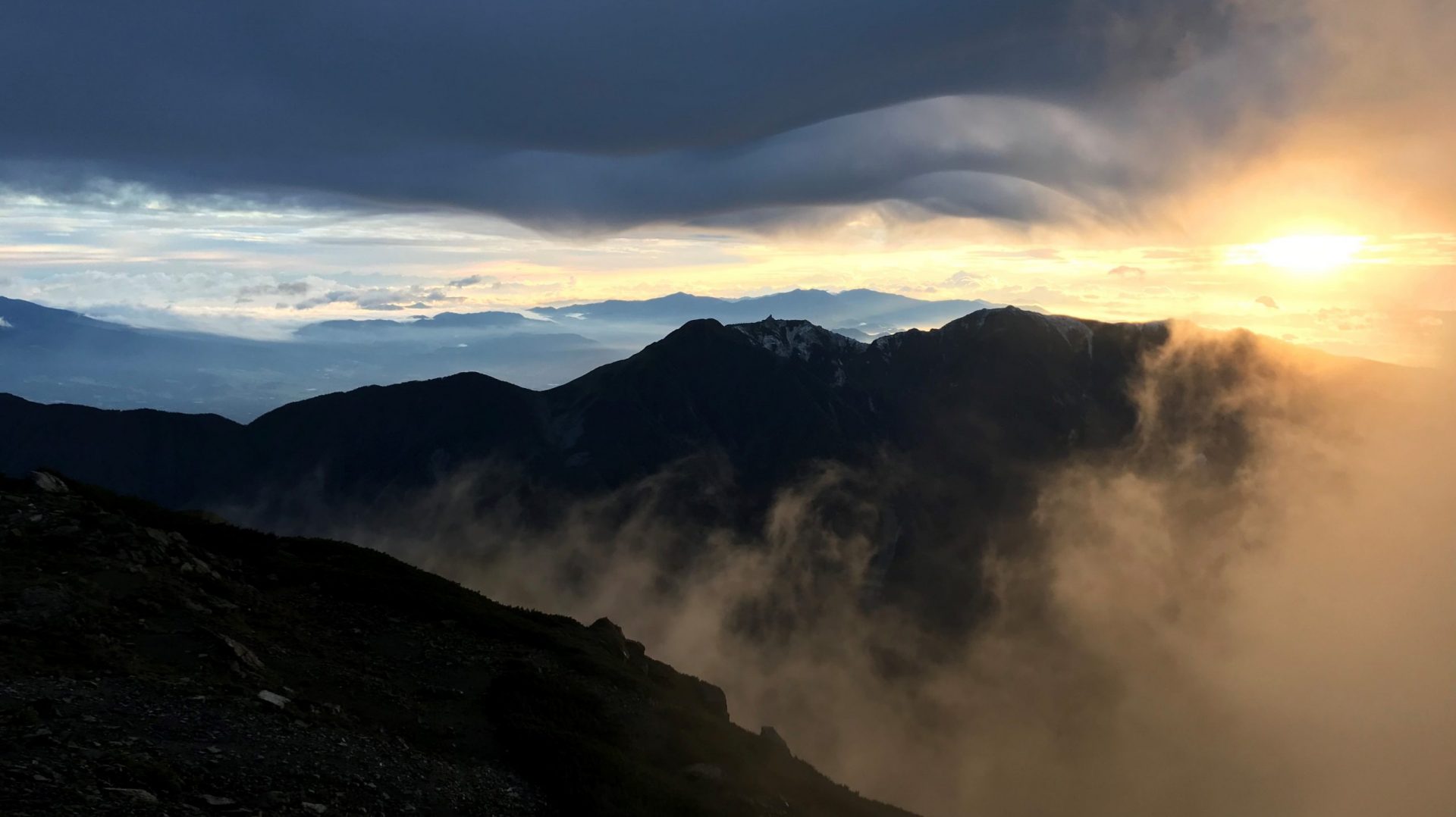 Halfway up Kitadake, Japan's second highest peak, we met a group of hikers on their way down, resting at a mountain hut. We struck up a conversation in Japanese, then realized all of them were Syrian. This is their sunrise, a nice reward after a cold night camping in the rain. We exchanged emails, unable to connect in any other way without cell signal at the hut. Our ridgeline views that evening and the next morning we were entirely socked in. On our way home, I received an email from Khaled with the views we missed by 24 hours.

The journal Nature Human Behavior is a wonderful rabbit hole for a holiday morning coffee. I barely avoided an article on the synchronization of steps relative to crowd density. The

END_OF_DOCUMENT_TOKEN_TO_BE_REPLACED

I challenged myself to do a 3-hour scoping review of what is on the horizon for medical practices as 2021 unfolds. Below are four themes I identified. If you would

END_OF_DOCUMENT_TOKEN_TO_BE_REPLACED

This episode reflects on the systems engineering challenge of reducing risk of virus transmission – the human factors. Inspired by conversations with two great mentors today, one an epidemiologist, former

END_OF_DOCUMENT_TOKEN_TO_BE_REPLACED

In this longer audible bio, I share how I got started as an epidemiologist and medical writer. It’s Thanksgiving weekend, and a great opportunity to thank my mentors and managers

END_OF_DOCUMENT_TOKEN_TO_BE_REPLACED

Ben at face-off in Tomakomai, Hokkaido, Japan, during a summer invitational tournament. What an experience. 5 days with a prefecture-wide select team, staying together in a ryokan, being told to eat every last grain of rice, no sodas (only tea!) from the vending machine…Such a work ethic and such an incredible time competing against the nation’s best hockey players – Hokkaido has the perfect combination of space, cold and time. There are not as many distractions as metro Tokyo. The kids are passionate everywhere in Japan, but this place holds a special torch for hockey. … END_OF_DOCUMENT_TOKEN_TO_BE_REPLACED

Rejected by the New York Times, Washington Post, The Hill in March , 2020. Not edited since. Allison Krug, MPH, is a data analyst and medical writer, military spouse and